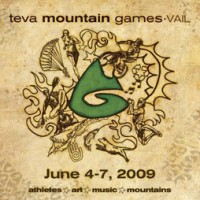 The International bouldering circuit returns to American soil today with the kick-off of the Bouldering World Cup at the Teva Mountain Games in Vail, CO.  Last year’s event was highlighted by Alex Johnson taking it down for the women and Paul Robinson finishing third for the men.  Unfortunately the weekend forecast looks sub-optimal for outdoor bouldering.  Let’s hope that changes.

It will be very interesting to see how the U.S. team fares this year.  Can they build on the success of last year and put more climbers on the podium?  Based on the team we have (listed below) it looks promising, but World Cup events are notoriously difficult, especially for first time participants.

Here are the U.S. team members for both the men and the women:

Other notable females competing are Anna Stohr, Melissa LaCasse and Andrea Szekely who apparently hasn’t been born yet.

There is no official way for you to follow the event live (sigh), but at least a few people will be getting their twitter on live from Vail.  Follow:

I’ll update this list as I notice others providing useful updates. Good luck to everyone competing!

Here are a couple of photos from last year © Bo Bridges