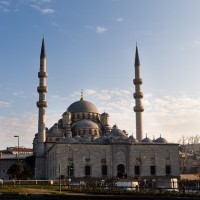 This is part two in the series of posts looking back on my recent trip to Turkey. Part 1 can be read here.  Part 2 will focus on some of the particulars of our trip in the event you might be interested in planning your own trip to southern Turkey some day.

The most well-known climbing area near Antalya is the sport climbing at Geyikbayiri.  We spent two days here and enjoyed the style of climbing quite a bit.  The climbing we tried was characterized by both technical vertical sequences as well as ample tufa wrestling that leaves you with a huge smile on your face send or not.  Approach times for both cliffs we visited were not more than 10 minutes, and the penchant for routes in the area to have anchors midway up the full route meant there were plenty of fun climbs to try in the 5.10-5.12 range.  The only real downside was how polished most of the routes were and the distinct lack of a Leave No Trace ethic being practiced near the crag.

We also spent a day venturing further south down the Mediterranean coast to another limestone area called Olympos.  Thwarted by soaked rock at our first option – an overhanging crag loaded with tufas that allegedly stays dry in the rain called Hörgüç Magara – we climbed a couple of pitches at an area called Cennet.  The climbing here is much more vertical compared to Geyikbayiri and given the crag’s aspect directly over the Mediterranean it ended up being a fun day.

The guidebook to the region is generally quite good with the only downsides being the lack of any quality ratings to indicate which routes are more worthwhile than others and the mixed use of both the French grading scale and the UIAA scale.  Unfortunately, it cost over $50 to get the book from Climb Europe so waiting until you get to Geyikbayiri might be advisable.  I didn’t see the book myself at the one climber place we stopped at, but surely the book is sold at one of the shops by the crag?

And to answer one obvious question, while I’ve never been, I get the impression that the climbing in Kalymnos is better than the climbing at Geyikbayiri so if all else is equal I’d probably go to Kalymnos first.  If all things aren’t equal, it’s hard to recommend against a visit to Geyikbayiri.  If you can’t have fun climbing there you probably can’t have fun anywhere. 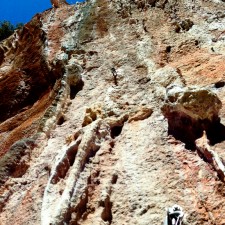 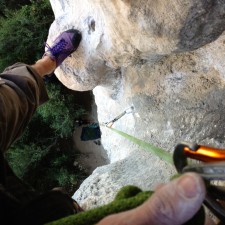 Looking down on Latte Tsunami, a fun 5.11a at Trebenna, Geyikbayri, Turkey 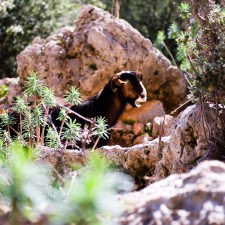 Goats get herded right past the crag at Sarkit 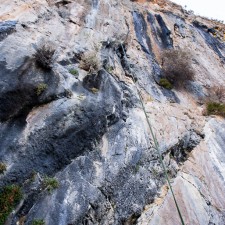 The cliff at Cennet, Olympos, Turkey 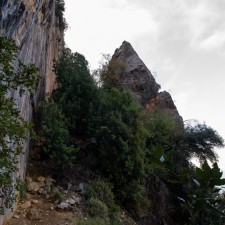 If you are on a budget and/or you are going to be in the area for an extended time, staying at one of the climber-focused places right at Geyikbayiri or Olympos is your best bet.  Most places listed on this site looked to have food and shelter to suit most budgets.   Picture Miguel’s but in the Turkish countryside.  Staying at one of these places allows you to avoid the expense and hassle of renting a car and to enjoy the simple pleasure of waking up and walking to the crag of your choice.  The one downside to this is that you are stuck out in the countryside although this is mitigated by the fact that renting a car on a day-by-day basis to get out and explore surrounding areas looked to be pretty simple.

We chose to stay in Kaleiçi which is the historic city center of Antalya.  Think one way cobble stone roads leading steeply down to a beautiful harbor.  This area also has plenty of tourist traps like restaurants, shops and pirate themed cruise ships that you may or may not enjoy.

We rented a car and drove out and back to the different climbing areas each day.  For a trip as short as ours where we only climbed three days this worked out ok, but this is not advisable for longer trips.  Gas in Turkey is somewhere in the $9-10/gal range and navigating Turkish traffic during the 1 hour drive can be a bit of a nightmare.  That said, I came to enjoy the adventure of driving and the flexibility offered by having a car was something we really appreciated.  Case in point, we didn’t even really realize what there was to do in Olympos until the night before and we were able to adjust our plans at the last second to drive down that way for a day, a day that was one of the highlights of the trip. 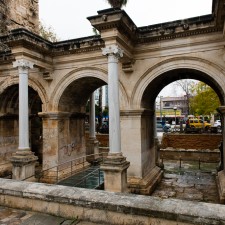 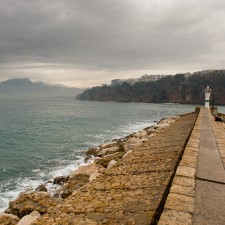 Looking out from Antalya Harbor 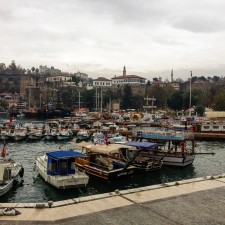 Other Things To Do

Other than climbing, there is plenty to do in the greater Antalya region.  At various points we visited the Antalya Museum, explored the ruins at Termessos, explored the old streets of Kaleiçi, experienced an authentic Turkish bath, visited Olympos National Park, took a cable car to the summit of the 2,365m tall Tahtali and ate at a wide variety of great restaurants.  Other than the museum, which was kind of boring, everything else that we did was extremely memorable and fun.  We drove past what looked to be an awesome aquarium so that is something to look into if you’re ever in the area.  As for Turkish baths, I went to this one in Kaleiçi.  It’s hard to explain the experience of having an elderly man bathe you while you’re practically naked without it sounding kind of weird, but it’s honestly a pretty cool experience.  You know what they say, when in Turkey… 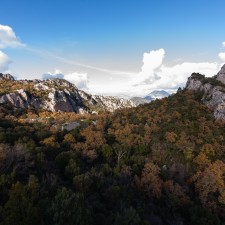 The view from Termessos 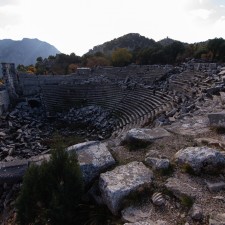 The theatre at Termessos 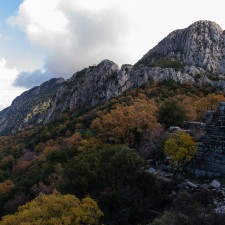 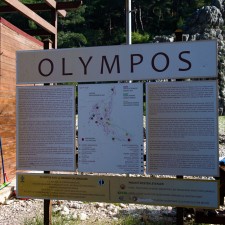 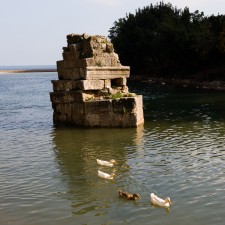 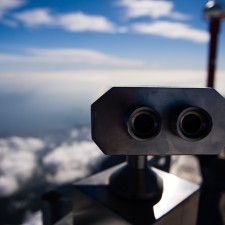 Looking out from the summit of Tahtali 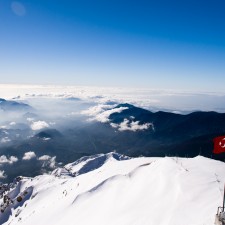 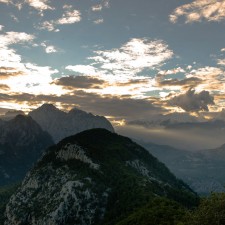 There’s a lot of rock out there

Oh yeah, and since it’s highly likely that you will have to fly through Istanbul to get to Antalya it is well worth the time to spend a few days exploring this historic city.  While the expense and crowded nature of the main tourist sites – Hagia Sofia, Blue Mosque, Grand Bazaar, Galata Tower, Spice Market, etc – wore on me, they are not to be missed. 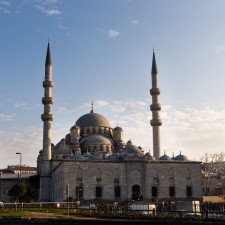 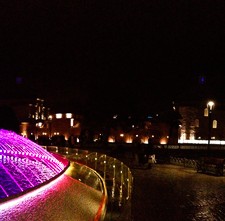 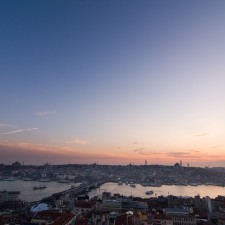 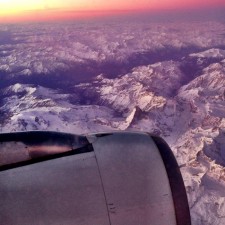 Flying over the Matterhorn on the way home 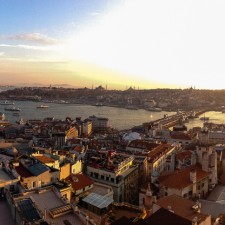 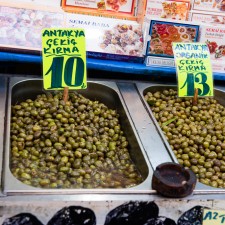 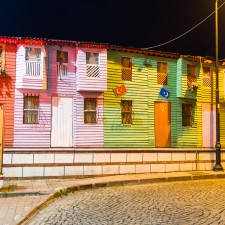 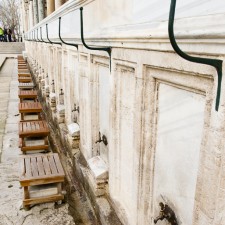 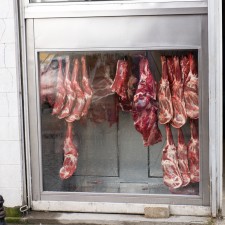 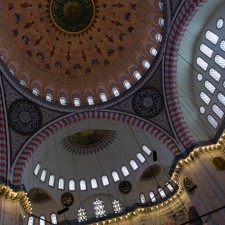 I’m a pretty picky eater so I wasn’t sure what I was getting myself into as far as food goes in Turkey.  Your experience will vary depending on what you’re willing to try, but I thoroughly enjoyed just about everything I tried.  Generally the main ingredients are familiar meats like chicken or lamb, with the preparation being just a bit different (in a good way).  This collage is a pretty good summary of the things we ate:

Other Things Worth Noting

Leave a Reply to dom Click here to cancel reply.