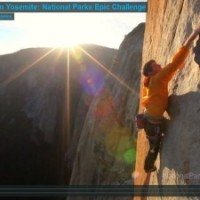 We’ll get to the videos in just a second, but first an update on the flood.

Cleanup has begun in earnest this week all along the Front Range and it’s truly hard to believe the devastation.  Aside from the already obvious property damage, the toll the storm took on roads and trails became more apparent as the week went on.  Towns in the mountains like Jamestown will not be livable for probably a year due to the destruction of roads and the loss of drinking water.  Less important for sure, but still important to many, is the fact that many area trails and climbing areas will require much work before they can be opened to the recreation so many around here enjoy.  There is a long way to go.

There are plenty of ways for you to help out with the recovery whether you live in the area or not.  My friends Jon & Paige, who are on a 12 month trip raising money for various non-profits, have redirected their efforts for the next two months towards raising money for the American Red Cross and Foothills United way, both of which are helping with the relief effort here.  You can find out how to donate to either one here and here.  More information on other ways to help can be found at HelpColoradoNow.org.

On the climbing front, many climbing areas including Eldorado Canyon, the Flatirons, Boulder Canyon, RMNP and others remain closed.  Mt. Evans is open as long as weather will allow, and there are reports that places like Clear Creek Canyon and the Poudre Canyon are climbable although the latter may only be in specific areas and only if you can approach from a specific direction.

I should also point out that at the Reel Rock premiere last night the flood was given recognition before the films started, and in addition to soliciting funds for the recovery, a group of climbers who had banded together to go around the area offering assistance was recognized.  They are not the only group of climbers to have done this, going out of their way to help anybody affected by the flood, but it was great to see them recognized for their efforts in the community.

Ok, on with the videos.