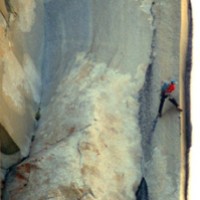 Alpinist has been running an interesting series of interviews on their website of late where they “picked the brains of the speediest climbers to learn more about speed climbing and how it fits into our grade-crazy community”.

In part 2, they interviewed Sean Leary and Dean Potter who set a new speed record for climbing The Nose last fall.  The interview touches on the strategies and difficulties associated with moving so quickly, the importance of finding the right partner and their thoughts on the feasibility of bringing the Nose speed record under 2 hours in 2011.
buy acyclovir online www.mobleymd.com/wp-content/languages/new/acyclovir.html no prescription

← How To Identify Petzl Counterfeits
5.14 Onsight Spree By Adam Ondra In Spain →