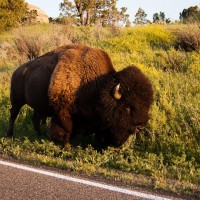 As a sport climbing area Ten Sleep, WY was lurking somewhat under the radar nationally until James Litz blew through town last year establishing a slew of 5.14s over the course of a single season.  This summer, the ever-psyched Joe Kinder setup shop in Ten Sleep, and he’s been reporting back on 5.14 getting sent by both himself and local Alli Rainey as well as chronicling his never-ending search for the next ill gnar cave to bolt.

Then there is the Ten Sleep guidebook written by Aaron Huey.  Oh my, what a guidebook.  If you’ve seen the book you know what I’m referring to.  While it does a very decent job of directing you toward climbs at all the different areas of Ten Sleep that’s not what one takes away from reading the book.  From the symbols of patriotism used to denote 5 star routes to the communist/military themed cover to the almost stream of consciousness musings of Huey the book is an interesting read from cover to cover.  The book may not be “safe for kids”, but it’s definitely the most unique guidebook I’ve ever seen.

With the news about Ten Sleep fresh in my mind and a copy of the guidebook in hand, Mrs. Narc and I made a brief stop in Ten Sleep over the 4th of July to see what all the fuss was about.  Turns out we weren’t the only ones with this idea as evidenced by the parking lot for the Mondo Beyondo on the 4th of July. So, yeah it was a bit more crowded than perhaps I expected but then again it was the 4th of July.  Either way, Ten Sleep is a pretty large area so we didn’t have too many problems finding good routes to get on although many of the “classics” from the guidebook did have lines. A small portion of the "Mondo Beyondo"

The one thing that jumped out at me on all the routes we climbed was how closely bolted everything was. I’m not saying it’s good or bad, but just be prepared to stop and clip pretty often. Overall, the few routes we did try were quite fun and my only regret was that I wasn’t strong enough we didn’t have more time to try some of the harder routes the canyon had to offer.  If I had to pick a favorite of the routes I did do I’d say that Save The Best For Last (5.11) at Wall of Denial was my favorite with School’s Out (5.10d) at Slavery Wall a close second. An added bonus to visiting Ten Sleep over the 4th of July is the celebration the town of Ten Sleep has throughout the weekend.  The rodeo alone made the entire trip to Ten Sleep worth it.  Don’t miss it if you have the chance.  There’s also a very low key climber gathering that coincides with the 4th of July weekend every year that we did not get a chance to check out, but I suspect it was very enjoyable for those who did attend.

From Ten Sleep we made our way further west, stopping in the Tetons and Yellowstone before heading north to Glacier National Park.  Here are some photos from the rest of our journey: 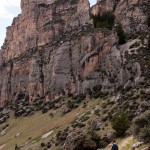 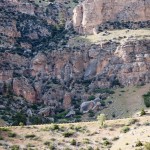 There’s rock climbing up there somewhere 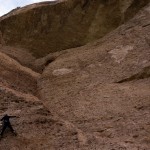 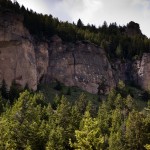 A small portion of the “Mondo Beyondo” 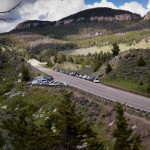 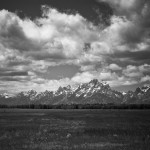 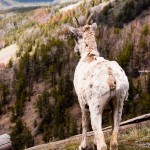 Near the summit of Mt. Washburn in Yellowstone 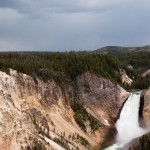 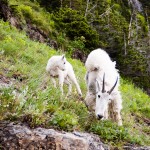 Wildlife along the Highline Trail in Glacier National Park 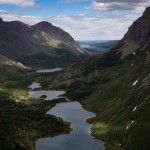 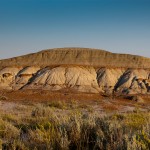 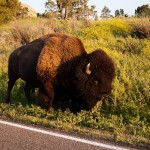