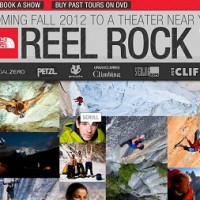 The folks over at the Reel Rock Film Tour just launched their new website for 2012’s 7th edition of the tour, and it just so happens that they have a little footage to tease us all with of Sasha DiGiulian climbing on Era Vella (5.14d), the 5.14d she sent just yesterday.  Pretty good timing, eh?

In addition, this year’s site features a blog that opens with an entry about what the film crew was up to this spring in Spain:

There are several main story threads in the film, including Ondra’s power-building bouldering stint, Sharma’s new vision for ultra-hard multi-pitch routes, and the collaboration / race between the two of them to establish the world’s first 9b+ (.15c).

But during the course of filming in Spain one of the biggest themes to naturally emerge was the explosion of talent and motivation among female climbers.

Reel Rock 7 kicks off September 13th and 14th in Boulder before hitting the road for its annual world tour.  If past years are any indication you aren’t going to want to miss it.