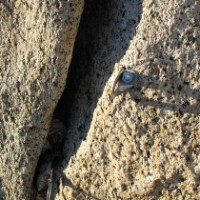 I am upset, and I don’t know what to do about it.

This is how Jason Kruk closed his blog entry last week describing the renewed efforts of Austrian David Lama to free climb the already controversial Compressor Route on Patagonia’s Cerro Torre.  You’ll remember that Lama created quite the controversy in the wake of his attempt last season which saw new bolts and some level of garbage left behind on the mountain.  Here is a good summary of last year’s events from Will Gadd as well as comments from Lama himself which attempt to justify his actions.

Well, the season is back on in Patagonia and as Kruk mentions in his blog post referenced above Lama and his Red Bull film crew are back in Patagonia to have another go at their project.  Instead of forging their route from the ground up in the same heavy-handed style as last year the new plan, apparently, is to rap bolt a free variation after reaching the summit via the existing Compressor Route.

Colin Haley picks up the story at this point with an excellent post which can be summarized with this quote:

When I first heard that Lama’s expedition had abandoned plans to fix ropes up the Compressor Route I was very pleased, and indeed even excited for their project. Sadly, these feelings disintegrated when I learned of Lama’s plans to bring Cerro Torre down to his level by rap-bolting the headwall. I personally have nothing against rap-bolting at a sport-climbing crag, but I would’ve hoped that every climber in the world could see the difference between Cerro Torre and a sport crag.

I encourage you to read the rest of Haley’s post where he outlines the history of the Compressor Route, gives his thoughts on Lama’s new intentions, and shares several photos disproving the claims of Lama’s team about where they placed bolts during last year’s attempt.

As for Lama, when asked about the controversy he surely knew would arise from his actions he reportedly said, “I can take it”.  We shall see…

38 Responses to David Lama Patagonia Controversy Renewed For Another Season