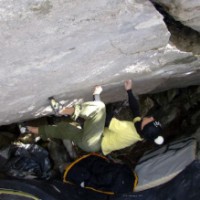 News From Across The Pond

A few noteworthy sends from across the pond last week:

Update: Carlo Traversi reports on his 8a scorecard that he has done the first repeat of Bella Luna suggesting a grade of V12.  So, yeah…

2 Responses to News From Across The Pond