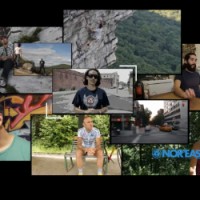 The Road to the Nor’easter: Introduction from NE2C on Vimeo.

The Road to the Nor’easter Powered by Eastern Mountain Sports is a road trip through the Northeast showcasing the communities and personalities coming together to make the 2010 Nor’easter festival a unique celebration of Music, Sport, and Conservation September 24th-26th at Loon Mountain in Lincoln, NH.

This is the first of 5 video installments on The Road to the Nor’easter that we’ll be release on a weekly basis, so stay tuned, and get your tickets now at www.noreaster.ems.com!

← Climbers Are Sexy, But Is The Sport Getting Too Sexy??
Review Potpourri →