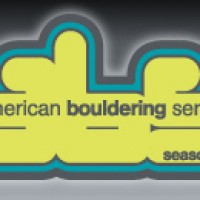 It’s been a bit of a slow news year month week so there’s not much to report of late.  ABS Nationals, probably the biggest and most important indoor bouldering comp of the year, will be taking place this weekend in Alexandria, VA.  Results of the comp are used to determine the U.S. National team for World Cup events like the one being held this June at the Teva Mountain Games in Vail, CO.  The running orders listed on the ABS website show that it should be a pretty stacked field as usual.  Hopefully the recent snowpocalypse won’t have a negative impact on people’s ability to make it to the comp.

On the subject of comps like ABS Nationals, I’m still continually amazed at the number of people that compete given the cost.  Even though Nationals is often in Boulder, many of the competitors have to fly across the country, find lodging and pay over $100 to USA Climbing to compete in the event.  All of this to most likely climb for 20 minutes.  It’s not something I would ever do, but then again I pretty much blew out my shoulder just thinking about trying some of the problems from last year’s comp so what do I know.

With that rant over, here are a few news/links worth noting: