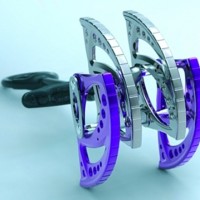 Here at ClimbingNarc.com the summer climbing season at areas like Mt. Evans and RMNP is one I usually look forward to quite a bit as it usually provides good news fodder.  Unfortunately, this summer has been pretty slow for news of really hard sends.  Unlike the summer of 2007 when the likes of Daniel Woods, Paul Robinson and Ty Landman made sending V13s and harder a seemingly daily occurrence and the summer of 2008 when female boulderers were sending V12 left and right, the summer of 2009 has yet to have a defining theme.

Certainly Nalle Hukkataival’s quick repeat of Jade and his FA of Sunseeker (V13) were noteworthy but they left me wanting more.  Even Daniel Woods’ recent 4th ascent of Big Worm (V14) at Mt. Evans barely registers because he has made the ascent of a V14 seem so commonplace.

My hope is that we are just in a “calm before the storm” moment, but Peter Beal may be right when he says, “The filling in the gaps era is here, the veterans, lifers and addicts spending weeks and months on a problem or a grade are all going to be here. Colorado is no longer where it is happening.”  We shall see.

In the meantime, here are a few News & Notes: