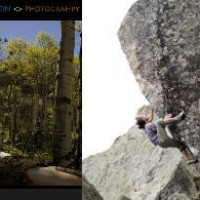 Next week I have a series of posts scheduled for your entertainment while we are in Yosemite.  You can expect a glut of posts about our trip when we return however I will do my best to balance them with continued spray on what others are doing.  Also coming are pictures from Rachel & Eddie’s ascent of The Nose which happen to include a few pictures of Hans & Yuji on their speed record as a bonus.

Leave a Reply to Kevlar Click here to cancel reply.