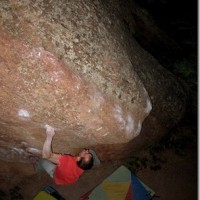 I realize lately that I have been spending too much time blogging about myself and not enough time talking about all the action going down elsewhere so here goes nothing: