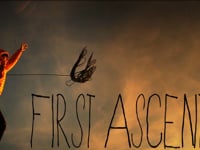 The mountain wanted to devour me, and hold me in its stomach forever. This route was going to be the longest climb of my life. A vertical net gain of 2000 meters seemed nearly impossible at my ability level. I wanted to climb the route more than I have ever wanted to climb anything else in my life.

Scott and I began climbing The North West Ridge of Aguja Mermoz into The North Pillar of Cerro Fitz Roy. We free climbed up to 5.11, and used points of aid, pendulums, and rappels to navigate through the tricky ridges along with wet and icy cracks. We successfully completed the wild idea to climb one of the longest route in El Chalten.

Climbing has always been a quintessential part of finding purpose. In the seemingly never-ending whirlwind of positive and negative emotions, I found peace in Patagonia.