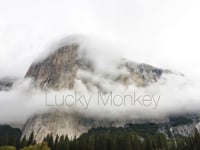 This video was filmed and edited by Cheyne Lempe for non-commercial creative personal use.

Lucky Monkey is a short film that illustrates a the vibrant events throughout the past year of my life spent in Patagonia and Yosemite National Park. I tried my absolute hardest to capture my experiences while operating at my physical, mental, and emotional limit during the climbs and rescues. Though, during these difficult times, it felt pointless, inappropriate, and greatly inconvenient to pull out my camera. After the fact, I can't express how thankful I am to have captured such unique moments. I'm unbelievably lucky to be continually surrounded by incredible people in such inspiring places. Creating the film was a great learning experience, as I poured every ounce of energy and creativity into it. I hope to continually get better at telling stories throughout my future trips and adventures.

What's next?? Tomorrow I leave the country for Thailand, Malaysia, and Australia to spend my winter hanging out on the beach,sport climbing, surfing, and absolutely loving life with my lovely girlfriend.


An in depth segment about me climbing in Patagonia can be seen in Chuck Fryberger Films new climbing film Exposure Vol. 1:
http://exposureseries.chuckfryberger.com/index.html

Getting' Money by Eliot Lipp
eliotlipp.com

In the early months of the emergency - ghost Hunter
freemusicarchive.org/music/Ghost_Hunter/