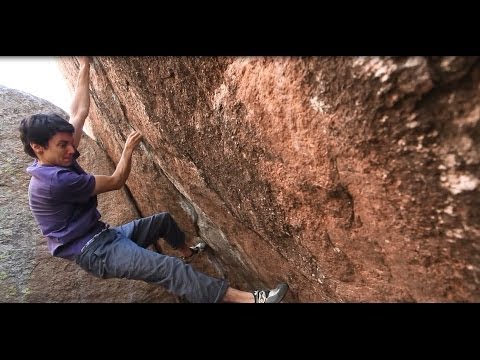 More of the same from Jimmy Webb

Beau Kahler was on the scene in Guanella Pass, CO yesterday as Daniel Woods and Paul Robinson did the 2nd and 3rd ascents respectively of Dave Graham’s The Ice Knife (V15).  Graham put up the problem back in 2011 calling it one of the most challenging problems he had done in some time.  The problem hadn’t seen much effort in the intervening years, but once Woods and Robinson set to work it didn’t take long before quick progress was made toward seeing a repeat or two.
buy clomid online https://buynoprescriptiononlinerxx.net/dir/clomid.html no prescription

There is mention of a sit start being possible so this probably isn’t the last we’ve heard of this boulder.

Woods was fresh off doing the FA of a new problem called The Purge in Tickland Elkland outside Estes Park, CO.  On his 8a scorecard he calls this proposed V14 “the full package line” and notes that he had to climb on it at night to get better conditions.

Update:  More on the day at Paul’s blog

It’s going to take a while for me to get that song out of my head.

Also, some words from Woods on the process of sending this problem in one day can be read here:

This was the first time I had done a boulder of this difficulty in a session. It would not have been possible without the help of Dave. He cleaned this line, battled with it, and overcame. Dave inspires me in a way that he can turn nothing into something majestic. He is a wizard and never fails to amaze.
buy singulair online http://dentalhacks.com/wp-content/themes/dentalhacks/images/png/singulair.html no prescription 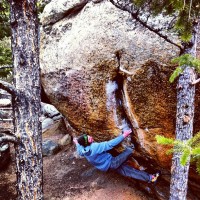 Lest I get accused again of not giving him proper credit, please take note that Daniel Woods has made a quick second ascent of Dave Graham’s recently completed proposed V15 Bridge Of Ashes at Elkland in Estes Park, CO.  This according to this picture posted by Bearcam Media on Instagram.  No word yet on the grade, but the last two lines of this post on B3Bouldering sound about right to me.