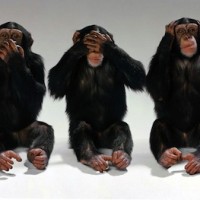 I Did Not Know That. I Learned Something Today.

My friend Mark has this half serious, half joking way of acknowledging something funny or interesting.  He’ll say, in a slow, exaggerated way: “I did not know that.  I learned something today.”

I found Mark’s words running through my mind a few weeks ago when I read a news report on 8a.nu crediting a climber with onsighting a route that he had previously climbed the first half of.  Hmm?  How is that even possible?  Ignoring all the inherent gray areas related to having prior beta and even what constitutes prior beta, I thought it was relatively well understood that an onsight was only possible when one hadn’t tried a route before.

You see, in Europe, sport climbing link-ups are fairly common.  Two or more routes will exist on one section of a cliff with portions of the wall being shared between the routes. This gives climbers more options for climbing in a small area with the logical downside being that once you have climbed one part of a link-up, you are giving up the ability to onsight any other route that uses parts of that link-up.

Again, apparently not.  In the words of Mark: “I did not know that.  I learned something today.”

According to the logic presented by 8a.nu in their post, as long as the part of a link-up you’ve done previously is sufficiently easy—one full number grade below the part of the link-up you’re trying to do—then the onsight is still fair game.  The logic behind this is that if the part you’ve already done before is easy for you, then it ultimately doesn’t matter and you are still onsighting once you get to the part that is harder.

This, of course, opens up the already gray concept of an onsight to a whole host of slippery slope problems.  What if the route is endurance based, how can you discount the “easy” part?  What percentage of the route can be shared?  If the routes share 95% of the same climbing but the harder line adds a hard boulder problem in the last 10 feet can you onsight a route where only 10 feet of it is actually new climbing?  And what about the fact that grades are imprecise at best?  What happens when the full route you’re claiming the onsight on gets the inevitable downgrade bringing it within three letter grades of the other link-up?  Need I go on?

I griped on Facebook about how I considered this an absurd interpretation of an onsight at the time this news came out.  8a.nu’s Jens Larssen responded with two comments: a)  why are you being so extreme and b) all the cool kids are doing it so what other choice do we have?  Admittedly, arguing over the minutiae of what is and isn’t an onsight is largely inconsequential, especially in light of what happened in Boston recently, but this is, at best, a weak defense of an illogical position.  Onsighting a route you’ve tried a part of before sounds a lot like being “kind of pregnant”.  It just doesn’t work.  Either it’s your first time trying a route and the onsight is a go (you’re pregnant) or you’ve tried some part of it before and you’re just out for a redpoint burn (not pregnant).

8a.nu even made a of poll to confirm their interpretation of an onsight, and when respondents disagreed with them they admitted defeat made another poll.  When that one didn’t work out they played the “the polls have been hacked” card.  A similar poll on this site found that 90% of respondents disagreed with 8a’s interpretations—apparently the entire internet has been hacked.

The onsight in question happened at Oliana, a cliff that is apparently no stranger to link-ups.  Unless you subscribe to the 8a.nu interpretation of what an onsight is—and, apparently some people do—it seems some of the most recent, much-celebrated onsights at that cliff could be suspect.

Ultimately, there are  three takeaways from this story.  The first is that as it relates to the reporting of high end climbing news, the concept of an onsight is likely largely dead now if it wasn’t already.  The second is that just because all the “hardcore” climbers are doing it doesn’t mean the definition of an onsight has changed1. And finally, my friend Mark is a wise man with impeccable taste in bourbon.

40 Responses to I Did Not Know That. I Learned Something Today.