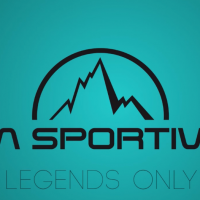 Interview With Shauna Coxsey From La Sportiva Legends Only

Sean McColl won the La Sportiva Legends Only invite-only bouldering comp held last weekend in Stockholm, and in addition to writing about the event on her blog, route setter Shauna Coxsey was kind enough to answer a few questions the night before the actual competition from an avid competition fan in attendance which I’ve been able to share with you below. PlanetMountain also caught up with a few of the competitors as a part of their recap so that is worth checking out as well.

Hello Shauna! What can you tell us about these five boulders you have setup? Did you have some ideas in mind or did you set them from scratch when you got here?

I had some ideas in mind, but I couldn’t really realise them because I didn’t know the holds that I was going to have and what the wall was like, although I had been here once before. So I just went along with it, I started to put some holds on the wall. I usually find one hold I really like and I decide where I want to put it and then go from there basically. It turned out really well, and I am really happy with the boulders

And how do you think the guys are doing so far?

We had to make one of the moves easier but now they are almost done and I’m really psyched about it. I’m really looking forward to see the competition tomorrow.

Did you try to highlight certain aspects of climbing like certain types of movements, power or technique?

Not necessarily. We kind of just set them and we got quite a range of different hold types and movements. I really wanted to set powerful boulders because that’s what I enjoy seeing. Even though it’s not one of my strongest aspects, that’s what I enjoy climbing on. The guys seem to be getting really psyched, which is very cool for me.

What about your broken leg, have you recovered completely?

Yes, I have been back bouldering for three weeks now. I am totally recovered from it, but I have a lot of scar tissue damage, so it’ll take a while to build back up. It’s getting there! I got so much stronger after my injury, I have trained really hard, focusing on fingers and upper body and I am really excited to start putting that into practice.

*laughs* Yep! I’ve never trained before, so it’s wholly new to me. I guess breaking my leg brought the training aspect into play. I have a coach now, too, which is the first time ever. It’s been really interesting for me. It’s been a new and different journey I have taken with my climbing. I have seen the benefits but I just haven’t had a chance to put them into practice so much yet. I am really excited to see what I can do on the boulders.

Can we count on seeing you in the Boulder World Cup next year?

Yes, I’m going to do the full season. I’m very excited about it!

Finally what can you tell us about the Climbers Against Cancer t-shirts that the athletes are wearing at the moment?

Climbers Against Cancer is something that a friend of mine, John Ellision, set up. He’s a really good friend of mine and he was diagnosed with terminal cancer last year. He’s an incredibly inspirational person who decided to make something positive out of a negative situation. He set this organisation to raise money for cancer research internationally. The money raised will go to cancer research across the five continents. It’s going to be online very soon, and we have a lot of elite climbers supporting it already like all the competitors here today plus others like Sasha DiGiulian and Angie Payne. People can contribute and donate through the purchase of the CAC t-shirt, it’s only 15 British pounds including worldwide shipping. As an ambassador, I am trying to raise awareness and take CAC where I can, to make people come to realise what it is and not shy away from it. The website will be up in the next two weeks!

Update – Watch a replay of the event here