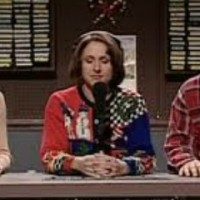 I guess I wasn’t kidding last week when I said that last weekend could be the end of the spring climbing season.  During a fitness burn at the end of my weekend in the Red River Gorge I was pressing on a foot hold with my left foot when I heard a disturbing sound.  I initially though it was a hold breaking even though that sort of thing would have been unlikely given the route I was on.  Unfortunately, the sound was my ankle blowing up, and I haven’t taken a step since without a crutch.  Nothing like a badly sprained ankle to put a pretty definitive end to the season.  To paraphrase Dave Graham:  I guess that’s why I won’t be doing Terremer Paradise Lost this season.

← Climber Who Doesn’t Care If You Know About It Climbs New V14 In Connecticut
Issues Of Race, Class And Gender In The 2011 Reel Rock Film Tour →