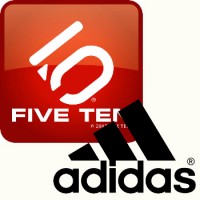 It’s an interesting time for the climbing industry as companies continue to consolidate or be bought outright.  Last year Black Diamond and Gregory were bought by a holding company and brought together under the Black Diamond name, while today the adidas Group is announcing that they’ve agreed to purchase my favorite climbing shoe company, Five Ten, for $25 million in cash1.

The press release seems to indicate that Five Ten will continue to operate as a separate brand, but it will be interesting to see how things develop moving forward.  What do you think??

Herzogenaurach / Redlands, California, November 03, 2011 – The adidas Group today announced that it has signed a share purchase agreement to acquire Five Ten, a leading performance brand in outdoor action sports. The adidas Group intends to purchase the entire Five Ten business, which includes all of the issued share capital of Five Ten USA. The total purchase price is USD 25 million in cash at closing and contingent payments, which are dependent on Five Ten achieving certain performance measures over the next three years. The transaction is expected to close in the next couple of weeks.

“We are very excited to join forces with Five Ten. Five Ten is a leading brand in the technical outdoor market and within the outdoor action sport community. Climbers, mountain bikers and other outdoor athletes around the world highly value their products,” said Rolf Reinschmidt, Senior Vice President adidas Outdoor. “Five Ten has continuously been at the forefront of innovations and shares the same passion for athletes as we do at adidas. It represents an excellent addition to the adidas Outdoor portfolio and will allow us to expand into complementary market segments. This acquisition underscores our clear commitment to the outdoors and our ambition to play a leading role in the outdoor industry going forward. I am very much looking forward to working on this journey together with Charles Cole, Founder and President of Five Ten.”

“The deal provides exciting prospects for Five Ten. Supported by the adidas Group, we can finally reach the full potential that the ‘Brand of the Brave’ has to offer,” commented Charles Cole, Founder and President of Five Ten. “Here at Five Ten, we like the philosophy of adidas’ founder Adi Dassler, with his focus on product quality and in doing whatever is necessary to give the athlete the advantage. adidas has the same principles of putting athletes and performance first that have guided Five Ten for nearly 30 years and we are thrilled to be partnering with them.”

Five Ten has been at the forefront of innovation in the technical outdoor market since the day Stealth, a revolutionary high-friction rubber compound, was created in 1985. Today, the Stealth product family includes more than half a dozen award-winning compounds that provide the highest friction to athletes in various conditions. The Five Ten Elite Team consists of some of the world’s most exciting athletes such as Dean Potter, National Geographic’s 2011 athlete of the year, JT Holmes, champion big-mountain skier and Suz Graham, the most versatile and progressive female action sports athlete in the world.

adidas is the athletic brand in the outdoors. It has a long history in innovative outdoor products including highlights such as the ‘Super Trekking’, the first light trekking shoe, being worn by climbing legend Reinhold Messner for his first Everest ascent without oxygen support in 1978. Its award-winning TERREX collection offers lightweight, technical equipment to athletes in the outdoors. The tradition of adidas founder Adi Dassler, who worked individually with athletes to make them better, continues today. adidas Outdoor has teamed up with top outdoor athletes like the Huber Brothers (Climbing, Germany), Beat Kammerlander (Climbing, Austria) and Barbara Zangerl (Climbing, Austria) as well as prestigious organizations such as Zermatt Alpin Center (Switzerland) and Ragni di Lecco (Italy).

About the adidas Group
The adidas Group is one of the global leaders within the sporting goods industry, offering a broad range of products around the core brands: adidas, Reebok, TaylorMade, Rockport and Reebok-CCM Hockey. Headquartered in Herzogenaurach, Germany, the Group has more than 46,000 employees and generated sales of € 12 billion in 2010.

About Five Ten
Five Ten is a family-owned company that is dedicated to making the best outdoor sports footwear available. It offers innovative products to athletes in categories such as climbing and mountain biking. Five Ten was founded by Charles Cole in 1985, is located in Redlands, California and employs 37 people. In 2011, annual net sales are expected to be approximately € 16 million excluding distributor business in Japan and Korea.

Update:  Not mentioned in the press release is Five Ten’s intention to maintain production of their rock shoes and a few other products in the U.S..  They will also apparently be trying to bring other production back here as well.