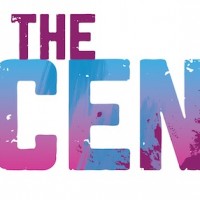 It’s been about a month now since Chuck Fryberger’s latest movie, The Scene, was released. In that span I’ve watched the movie three separate times and my impressions of the movie have improved with each viewing.

My first viewing left me feeling a bit underwhelmed afterwards, but this was probably due, in part, to climbing movie burnout I was experiencing at the time. Since people seemed psyched about the movie when I brought it up on the ClimbingNarc Facebook page I watched the movie a 2nd time with a clearer head and then again this past week when it was screened at the local climbing gym. I enjoyed the movie more each of these times, especially in the large group setting at the gym. It was fun to see people’s reaction to various scenes like Nalle Hukkataival sending Mask Of God or Dave Graham being Dave Graham.

Like Fryberger’s previous movies Pure and Core, The Scene is shot in beautiful Super Ultra High Definition1, and there is a nice diversity of climbing and climbers covered including one of the few times you’ll see Chris Sharma in a movie not shot by Big Up Productions. The movie covers basically all kinds of rock climbing inside and out, both here in the U.S. as well as in Europe. There are still things about the movie that I didn’t care for like the general overuse of slow-mo and cutaway shots, and the segments on Bishop and Joe’s Valley didn’t seem to fit in with the “scene” theme of the movie either. So, like I said, my overall impression of the movie went from somewhat ambivalent to generally positive and the movie has a firm home in my “watch again” pile of climbing movies.

The Scene is available for purchase on either HD Download (several languages), DVD or Blu-Ray at prices ranging from $19.95 to $39.95. If you’d like to win your own copy read on.

I have three copies of the movie to give away on the winner’s choice of either HD download, DVD or Blu-Ray. The contest will run until the end of the day on November 4th. All you need to do to enter is leave a comment with a valid e-mail address on this post with a funny slogan, haiku or some other type of description of your local climbing scene. As an example, here’s what I might say about the scene where I live from my perspective:

Or whatever. Have fun with it and I’ll come up with some method of voting to pick the three best. I may even throw in a free ClimbingNarc.com T-Shirt if the entries get real impressive. Good luck!

60 Responses to What’s Your Scene?