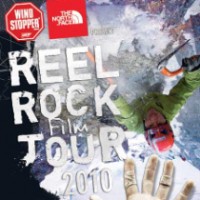 Looking for the perfect stocking stuffer for the climbing addict in your life? Then look no further than the 2010 Reel Rock Film Tour which is now available on DVD and digital download.

Unlike previous years which saw either Big Up or Sender Films debut a feature-length climbing movie like Progression or The Sharp End, this year’s tour featured 6 shorter films that I think did a good job appealing to a broad audience with their diversity. If watching Daniel Woods, Paul Robinson or Chris Sharma throw themselves at the hardest climbs possible doesn’t do it for you then maybe watching Lisa Rands step out of her comfort zone with Peter Croft on the beautiful Incredible Hulk is something that might interest you. Otherwise there are plenty of laughs to be had watching the likes of James Pearson, Matt Segal, Cedar Wright and Heidi Wirtz epic in Australia and Tasmania, or you can watch Ueli Steck race his way up the Eiger literally one misstep from certain death. In addition to the 6 short films the DVD also includes the following bonus features:

There are a few places to get the DVD for $29.95, one of which is Bouldering.com where you can get free shipping and a free M-16 climbing brush if you order by Monday. Otherwise Big Up and Sender Films have the DVD and the downloads available at their respective stores. The download will set you back $19.95 and 1.6 GB of hard drive space for the movie itself with the extras being an additional $6.95 and 1 GB.