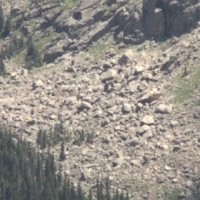 Things That Happened While I Was Away

It would be nearly impossible for me to recap all that took place in the climbing world during my 2+ week absence, but here are a few topics that caught my eye…

The 2010 Bouldering World Cup held its penultimate event in Sheffield, England with American Alex Johnson finishing a close 2nd to Belgium’s Chloé Graftiaux.  Some kid named Adam Ondra won for the men.  The season wraps up next weekend with a comp in Munich, Germany.

World Cup Bouldering at Cliffhanger 2010 from UKClimbing.com TV on Vimeo.

3 In A Day For Honnold & Leary

Alex Honnold capped off a pretty impressive season in Yosemite when he teamed up with Sean “Stanley” Leary to climb 3 routes (The Nose, Salathe Wall & Lurking Fear) on El Cap in under 24 hours.  You’ll remember that last year the pair attempted to climb 2 routes on El Cap and the NW Face of Half Dome in 24 hours but were stymied by heat after finishing the 2 routes on El Cap.

In other El Cap news, Madaleine Sorkin and Kate Rutherford teamed up to do the first female team free ascent of Free Rider (VI 5.12d).

The Youth Is Starting To Change

Some of America’s best young climbers competed in the 2010 Youth Sport Climbing National Championships at the awe-inspiring new gym Stone Summit in Atlanta for a place on the U.S. Youth National Team.  Team members will travel to Edinburgh, Scotland for the Youth World Championships in September.

Lincoln Lake AKA Wolverine Land at Mt. Evans, CO is the place to be and be seen this summer if you  are a boulderer living in Colorado.  Among the notable new lines are 2 V14s established by Daniel Woods, Evil Backwards and Death Trout, both of which were repeated by Dave Graham and Jon Cardwell.  For further reading and some pretty excellent pictures check out these blogs:

Via the DBC’s website is this nice video of John Gass sending the area classic Unshackled (V9/10), a line that was recently flashed by Angie Payne:

In semi-related high country bouldering news, Jon Glassberg put together a nice archive of RMNP bouldering videos that you can check out here.

One Response to Things That Happened While I Was Away