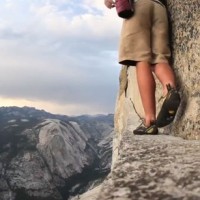 Update On Alex Honnold’s “Alone On The Wall” & First Ascent: The Series

Update: The entire First Ascent series, including the Alone On The Wall episode, can now be bought as a 3 DVD box set.  More details here.

Back in August a clip of Alex Honnold’s free solo of Half Dome was put online for a brief time before being removed temporarily permanently.  Not surprisingly, this clip was never supposed to be put online, but it resurfaced in an episode in the new TV series from Sender Films, First Ascent: The Series.

Those who attended the 2009 Reel Rock Tour saw the official version of this clip as part of an episode of First Ascent called “Alone On The Wall”.  In addition to the Half Dome footage, the episode chronicled Honnold’s impressive free solo of Zion’s Moonlight Buttress.

As I noted in the past, the First Ascent series is not airing on TV in the U.S. (yet), but I have confirmed that the entire series will be available for purchase in the U.S. as a DVD box set late in the summer of 2010.  The box set will include the award–winning “Alone On The Wall” and 5 other episodes plus a DVD of bonus footage, behind the scenes clips and more.

I’ll have more information as the release date draws closer, but until then here is a brief snippet of the original First Ascent announcement that should give you an idea what other episodes will be about:

We are currently polishing off the first two episodes. The first documents Chris Sharma’s latest 5.15 efforts in Spain and Clark Mountain, created in close collaboration with Big Up Productions. The second follows Renan Ozturk, Cedar Wright and Sean Leary on an epic trip to South America in honor of the great Roberta Nunes. We are going to be cranking all through the summer shooting and editing these and four other shows from Alaska to The Himalayas. 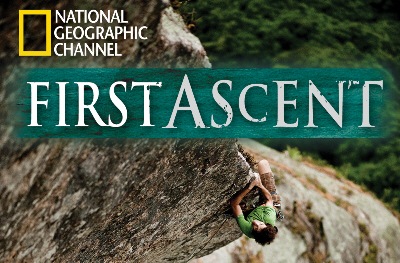 ← 2nd Ascent Of Ambrosia By Alex Honnold
Climbing One Step Closer To The Olympics? →

14 Responses to Update On Alex Honnold’s “Alone On The Wall” & First Ascent: The Series

Leave a Reply to Andreas Click here to cancel reply.