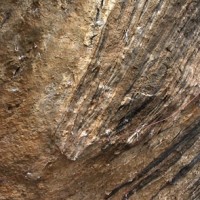 Tis The Season In Spain

The fall climbing season may be coming to an end in many areas here in the U.S., but prime sending season is just beginning over on the sport climbing crags in Spain.

As is the norm these days, a strong contingent of American climbers like Dave Graham, Jon Cardwell and Joe Kinder are over in Spain mixing it up with strong locals like Dani Andrada and the increasingly local Chris Sharma (he may be spending most of his time in Spain lately, but I like to think we can still claim him for the American team).  Checking in on the Five Ten blog, Jon Cardwell provides a nice update on the goings on over there.

Recent days have found Cardwell climbing in Margalef’s Finestras sector with Dave Graham where he flashed a 5.13d shortly after Graham nabbed the onsight.  Moving over to Margalef’s Laboratory sector, the pair of American’s traded burns on the Buma ye project with Dani Andrada.  Ever psyched, Andrada was the first to link up the multiple sections of V9-10 climbing to open yet another hard 5.14 sport route in Spain.  Look for footage of this ascent and many other climbs throughout Spain, France and Switzerland in an upcoming movie project being worked on by Graham and company.

Coincidentally, the Boom Bai Ya project is located very close to Chris Sharma’s latest project, the so-called First Round, First Minute project that he can be seen trying in the movie Progression.  According to Cardwell FRFM is comprised (roughly) of a V9 into a V13/14 followed by a hard V12.  Burly.  Apparently Sharma fell off the last move the other day so a send would seem imminent.

In other news from Spain:

Outdated, but still useful topo of the huge cave of Santa Linya (click to enlarge) 3 Responses to Tis The Season In Spain