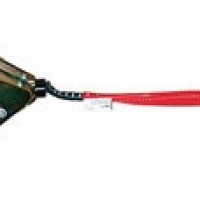 Climbers all over the world are going to have to go back to a more quaint time (2002?) when one actually had to make friends in order to climb routes in a gym, at least if their gym uses the Redpoint Descender auto belay device manufactured by MSA.

Back in October, MSA issued a stop-use notice after two climbers were injured in auto belay accidents:

MSA very recently became aware of two incidents where climbers using Redpoint Descenders experienced rapid rates of descent resulting in injuries. Our preliminary investigation indicates an issue with the one-way bearings provided by our supplier, which may prevent the brakes from engaging during descent. Due to the nature of this condition, the users were not able to detect the problem before the rapid descents occurred.

After evaluating the situation these past 2 months, MSA decided to get out of the auto belay business completely instead of trying to fix the problem (emphasis mine):

MSA did not make this decision lightly, and we regret any inconvenience this action may cause. As you are aware, there are alternative belay systems available from other manufacturers. While we regret having to take this action, the overriding need to ensure the safety of all those using our product on recreational climbing walls is our highest priority. With this action, MSA is effectively exiting the recreational market for climbing wall auto-belay systems.

This decision has left gyms using the Redpoint Descender in a bit of a pinch.  At least one gym, Boulder’s Movement, has introduced a new program aimed at connecting people looking for route climbing partners until they can come up with an alternate, more trustworthy, auto belay system.

I’d be interested to know just how many gyms were using this auto belay so if your gym used the Redpoint Descender please share in the comments.

Update:  Here’s an excellent comment from StellarTemple who works at a gym.  Keep them coming.

I work at Vertical Endeavors in St. Paul. We had 6 of them that we had to take down. We still have nine up that work on a hydraulic system. As far as I know there are no other companies that make self-contained auto-belay systems such as the Redpoint Descender. All the other auto-belay systems out there need to have a hydraulic system permanently fixed to the wall. Alot of gyms are going to have a problem going that route because they are very expensive, and really you need to build your gym with their presence in mind. They take up a lot of wall space, something climbing gyms dont really have to spare. The word I’ve heard regarding MSA is that they are going bankrupt so their withdrawl from this fiasco might be an attempt to stop some bleeding.