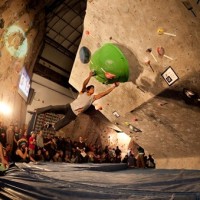 Hp40 from Jimmy Webb on Vimeo. More recently however, in an effort to save $ a lot of the niche magazines started getting rid of their photo editors orothers double time as PEs (NONE of the 5 national climbing publications have a photo editor). Also as a means to save money, magazines have been hiring ’staff’ or ‘contributing’ photographers and writers who often work below established freelance space rates or are paying up to a year late (yup even the big ones).

The images getting pulled these days aren’t the best ones that have been refined through months of experimentation; they are the ones that are cheap or they are run small to avoid paying higher page rates.  I know this is a broad generalization, but it is entirely true in most of the outdoor publications AND ITS MAKING MOST THE MAGAZINES SUCK.  The magazine that goes to print today isn’t the best magazine its the cheapest one that won’t piss off any advertisers.  I know this first hand, when I was working as a contributing photographer for a publication last year I often had images that filled a request but I thought they stunk, so I would never submit them… that really pissed the publisher off.

By the end of his undergraduate program, Rusty was anxious to do some climbing. College in Pennsylvania doesn’t allow for much of that. Sure he’d been on summer trips, but aside from that, he had not been able to really summit anything substantial as of late. So when Alex Lowe called him about a new route in Yosemite, he jumped at the chance. As one of the best free climbers in the world, Rusty’s friend from the days as a Yosemite bum was eyeing a new route on El Cap called Jolly Roger. His friends always seemed to call him when it came time to do the stimulating routes.

“[Climbing] is not as important as it seems. Don’t overestimate it and if you don’t, you’ll probably enjoy it longer because you won’t make it play a role in your life that it can’t really play. It can’t be like religion. It’s a temptation to confuse the intense experience of climbing with something that’s more life fulfilling. I think the people who did that ended up unhappy.” This is undoubtedly the salient nugget of wisdom in this article. It was Rusty’s interpretation of what Dale Bard told him as a young climber. Climbing is one of those unusually addicting activities, which makes its participant susceptible to placing a higher worth on it than is appropriate. The climbers who have not fallen in this trap, it turns out, tend to enjoy their sport more in the long run.