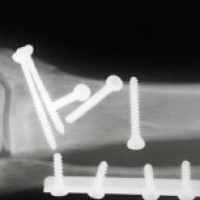 Anyone who has seen the recent edition of the Reel Rock Tour has no doubt been transfixed by images of Alex Honnold free soloing routes in Zion and Yosemite and Kevin Jorgeson highballing soloing in Bishop.  While I was as impressed as the next guy, there were times during the film that watching something so dangerous made me a little uncomfortable.  While I have tremendous respect for the mental control it takes to solo, it seems only a matter of time before something really bad happens while the cameras are rolling.  Which brings us to an accident that took place recently in Rumney, NH.

Rumney is well-known for it’s hard sport climbs, many of which are not terribly tall.  With this in mind, Max Zolotukhin set out to attempt a free solo of the 30 ft. tall Supernova (5.14b).  The cameras were rolling, but unfortunately things didn’t go as planned:

During my previous highballing exploits I have never thought about the fall; every time I was so zeroed in on what I was doing and so confidant in my abilities that I knew with absolute certainty that I was getting to the top safely. The difference this time was not obvious to me until it was too late. As I pulled on for the second time, my mind seemed to be elsewhere. Instead of having that singular focus that I’m so familiar with, I felt disconnected from my body. By virtue of my past experiences I just assumed that I was going to be fine. As I got to the crux shoulder move again, I set feet, hesitated for a split second, and went for it. I hit the pocket accurately but for reasons unknown, my body sagged out and I helicoptered off. Without the ability to control my fall as I did the first time, I came down several feet to the right, grazed the edge of the pads, and landed with all my weight on my left ankle on a small jagged boulder 5 feet below the slab. The second I hit I knew things had gone wrong. My foot was facing due west instead of straight ahead like a normal foot should. Strangely, there was a pronounced lack of pain and merely an extreme discomfort in my left ankle. As my friends carried me down steep hillside to meet the ambulance I was completely lucid. I did not feel like I was in shock; I did not feel like I had sustained an extremely traumatic injury (which the doctor later convinced had certainly occured). All I could do was rack my brain to find the reasons I had fallen.

After racking his brain in the days following the injury, Max wrote a very interesting post about the whole incident that I highly recommend reading.  While the story doesn’t necessarily make him look that good, I think it’s an insightful read.

To give you a better frame of reference, here is some video of Dave Wetmore trying Supernova, a route he recently redpointed:

Update: Here is the video of what happened:

Update #2: Here is some video of Dave sending:

25 Responses to A Painful Learning Curve