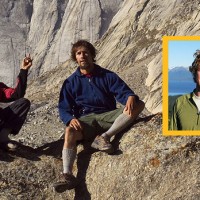 It’s not often the untimely death that sometimes finds those that use the mountains as their playground hits home in the rock climbing community, but unfortunately that is exactly what has happened with the recent passing of Micah Dash, Jonny Copp and Wade Johnson.  As you have no doubt heard, the trio were likely killed by an avalanche while attempting a climb on Mt. Edgar in the Western Siuchan Province, China.  The Adventure Film Festival blog has been a great resource for news and touching stories throughout this entire ordeal and I highly recommend checking it out for the full story.

While I never met Jonny Copp or Wade Johnson, I did have the good fortune of meeting Micah Dash on a couple of occasions.  My first introduction to Micah was at the local climbing gym when he came in early 2008 to give a slide show about his recent ascent of the Shafat Fortress with Jonny Copp.
buy elavil online https://cialisnextdaydeliveryusa.com/dir/elavil.html no prescription

As you can read in my report at the time, I was immediately taken by his enthusiasm and charisma.

I ran into Micah again this past February when we were in Boulder for ABS Nationals, and he reiterated his desire to come visit our gym again to share stories about his upcoming trip to China.  Both Mrs. Narc and I were looking forward to seeing Micah again and the fact that this will never happen has touched both of us despite only meeting him briefly.  As you read all the stories on this unfortunate accident from around the internet I think you will find that these three guys have touched countless people in a similar way.
buy augmentin online https://cialisnextdaydeliveryusa.com/dir/augmentin.html no prescription

Our thoughts are with the friends and families as they deal with this incredibly tough time.

I’ll leave you with this essay I found while paging through one of my mountaineering books the other day:

Mountaineers climb because they love the mountains, yes; but they climb too because climbing prepares them boldly and tenaciously for death, then guides them faithfully to the edge of another world, a world I now recognize as the world of the dead, and there allows them to dance, mountain after mountain, year after year, as close to death as it is possible to dance; which is to say, within a single step.