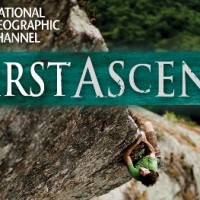 The idea was hinted at for awhile, but last month Sender Films confirmed on their blog that they are in fact working on a climbing television series that will begin airing later this summer.  Based on their popular movie of the same name, First Ascent will be a first of its kind six part series dedicated to “top climbers and crazy characters in the never-ending quests for new routes”.  Here is more from their blog on what one can expect to see in the show:

15 efforts in Spain and Clark Mountain, created in close collaboration with Big Up Productions. The second follows Renan Ozturk, Cedar Wright and Sean Leary on an epic trip to South America in honor of the great Roberta Nunes. We are going to be cranking all through the summer shooting and editing these and four other shows from Alaska to The Himalayas.
buy orlistat online https://bereniceelectrolysis.com/images/photoalbum/jpg/orlistat.html no prescription

First Ascent will be airing on Nat Geo’s international channels later this year.

Unfortunately, that last sentence holds a bit of bad news for hopeful viewers in the U.S. and Great Britain.  First Ascent will only be broadcast on the international version of Nat Geo TV, NOT on the one we get here in the States (or Great Britain apparently).  I was able to confirm with the guys at Sender Films that they are hoping to get it on a network in the U.
buy amitriptyline online https://bereniceelectrolysis.com/images/photoalbum/jpg/amitriptyline.html no prescription

S., but nothing has been confirmed at this point.

I don’t know about you, but the thought of more climbing content coming into my TV in glorious High Definition gets me excited so if something changes I will be sure to provide an update.