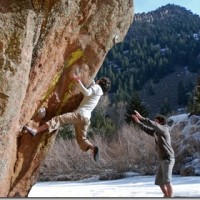 Paul Robinson on the FA of Resonated (V9) in Eldorado Canyon, CO

← Spray DVD Giveaway
One Year of Narc-ing in the Books →