Mark Anderson1, writing on his blog about the FA of a potential 5.14c in Colorado’s Clear Creek Canyon called Siberian Express:

I’m calling the route Siberian Express.  Based on my maintenance training I can confidently say that I was in top shape when I did it.
buy wellbutrin online https://myhst.com/wp-content/themes/twentytwentythree/assets/fonts/inter/wellbutrin.html no prescription

The weather likely extended the outcome somewhat, but considering my fitness and the twelve days required, I suspect it’s the hardest route I’ve climbed and warrants a 5.
buy lexapro online https://ponderapharma.com/wp-content/themes/twentythirteen/inc/php/lexapro.html no prescription

Mark also did the FA of Double Stout at Clear Creek back in January at a proposed grade of 5.14a.

Mike Anderson, writing on his blog after climbing his first 5.14c, Daniel Woods’ Mission Impossible in Clear Creek Canyon, CO, at the age of 37:

Even as I write this a couple days later, it’s hard for me to put into perspective. I started climbing in the early 90’s when 5.14c was the end of the rating scale. It didn’t exist in the US until 1992. The fact that I’ve worked my way to that grade is surreal.
buy xenical online https://rxbuywithoutprescriptiononline.net/dir/xenical.html no prescription

What’s curious is that I’m not surprised to have done the route. As soon as I started working on it, I felt that I was up to the challenge.
buy zoloft online https://rxbuywithoutprescriptiononline.net/dir/zoloft.html no prescription

Whether deliberate or not, I had been training for this route for a decade, and now I believed I would do it, in time.

You can see a nice video of Mike on the route here.

Mike, along with twin brother Mark, is the author of a training book called The Rock Climber’s Training Manual.  If I were better at actually following a workout plan I would do a more in depth review of it, but I can tell from loosely following the workouts that there is some good information to be had.  Also, the authors religiously follow the plan and they both crush despite having considerable grown-up obligations outside of climbing.  If you are interested in improving how you train for climbing this book is well worth checking out. 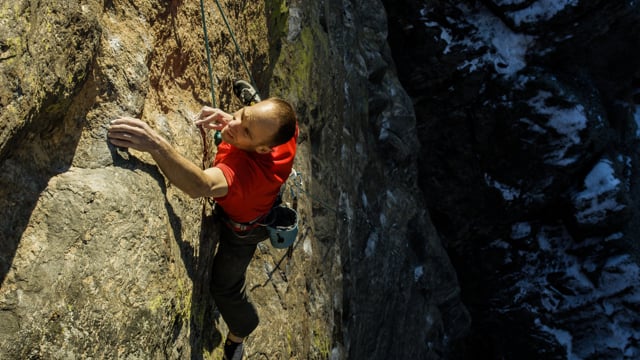 A self-proclaimed “weekend warrior,” the 36-year-old Anderson supervises a team of computer engineers and fathers two kids with his wife Kate while not pulling down at the crag.

“I love climbing, but I also love other things life has to offer,” he says. “Living in Colorado, where there is so much convenient access to rock makes it possible to balance my climbing passion with a fulfilling family life and career.”

Update – Nice post from Mark himself  on his blog 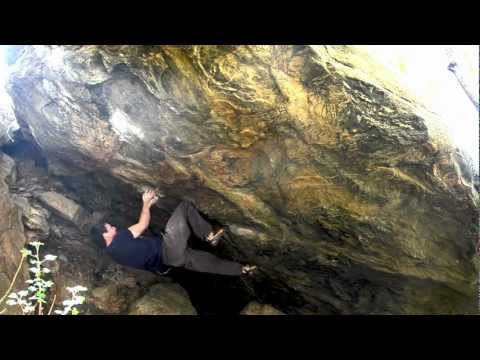 I guess it shouldn’t be surprising that with training like this that Canadian Yves Gravelle was able to climb his first V14 in Daniel Woods’ Echale in Clear Creek Canyon according to his 8a scorecard.