Indoor climbing doesn’t matter, right?  Sure, people get psyched about comps, but nobody cares about when someone sends a regular problem set at the gym, right?
buy lipitor online https://rxnoprescriptionrxbuyonline.com/dir/lipitor.html no prescription

A couple of nights ago Daniel Woods climbed a longstanding project at the CATS training facility in Boulder, CO.  CATS is a bit unique in that problems are set and then left on the wall for years, allowing climbers time to project something long-term.  The so-called Bubbble Wrap project was one such problem at CATS that had rebuffed efforts by some of the world’s best boulderers over the past five years until Woods was able to climb it the other night1.

Like I said, indoor sends are not normally a big deal, but a funny thing happened after Woods’ send.  James O’Connor posted a video of the send that generated a lot of activity on Facebook and racked up over 10,000 views in the first 24 hours it was online.  Does this mean indoor sends now somehow “matter” in the grand scheme of things2?  I doubt it—I’m inclined to agree with Jamie Emerson’s thoughts on the issue—but it’s clear that this sort of thing does resonate strongly with many of us on some level.

I know I’m that much more psyched to get into the gym this weekend to pull down3. 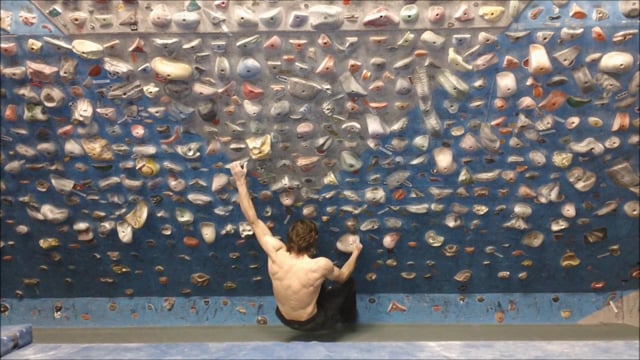 Despite already having 3 gyms within the city of Boulder, CO there is news that a 4th gym called Monument Climbing & Fitness Center will be coming soon.