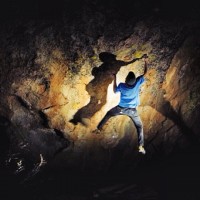 About a year after being rebuffed by the problem, Daniel Woods has done the 2nd ascent of Paul Robinson’s Lucid Dreaming in the Buttermilks of Bishop, CA.  Kyle Berkompas of Chuck Fryberger Films was on hand to film the ascent and file this report via Instagram:

Mission complete. Daniel Woods just made the second ascent of Lucid Dreaming. Established by@paulrobinson87 this problem rests on the Grandpa Peabody boulder in Bishop, CA and has two very serious moves involving a tenuous mini pinch and a jump off the mini pinch to a half pad rounded crimp that’s very strenuous to get into. Here Daniel sets up for the big crux move to the crimp. Video footage to come…

Lists like this have some issues, but Woods has now done nearly 30 boulder problems in the V15 range, more than any other climber tracked on the site.

As an aside, do know that I realize I’ve been slacking on posting news updates of late.
buy xenical online https://marjukarin.ee/wp-content/languages/wpml/missing/new/xenical.html no prescription

I have many excuses, but those don’t make for good posts.