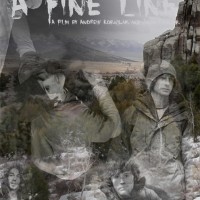 A Fine Line comes to viewers courtesy of Josh Fowler and Andrew Kornylak, the latter of whom is best known for his excellent Beta series, which highlights problems at each stop on the Triple Crown Bouldering Series circuit.  With A Fine Line, Fowler and Kornylak construct a longer-form movie1 that offers the same compelling visual storytelling found in the Beta clips.

The movie follows the likes of Jimmy Webb, Brion Voges, Brad Weaver, Daniel Woods and Dave Graham as they spend a few months doing what they do best,  namely doing nothing but bouldering.  While ostensibly a “bouldering movie”, A Fine Line is in many ways not your typical bouldering movie.

Dialogue is usually a liability for bouldering movies, but with this movie’s documentary style, the perspective of each climber is conveyed in a natural and not contrived way.  The dialogue added by the featured climbers and the always thoughtful Peter Beal really add to the movie and serve to set a framework whereby the viewer is able to explore their own personal motivations for pursuing bouldering.

Whereas most bouldering movies are about chasing and achieving some specific ascent, A Fine Line barely mentions what problems are even being climbed.  In fact, Daniel Woods’ repeat of Warpath (V14) might have been the only instance where a grade or a problem name was even mentioned, and in many ways Jimmy Webb’s struggles with the problem stay with the viewer longer than Woods’ send.  The astute viewer will recognize many of the problems from LRC, Mt. Evans and Castle Rocks, that are shown, but the individual boulder problems only serve as a canvas for Kornylak and Fowler to tell their story.

The only thing I found lacking in the movie was a female perspective, which was touched on briefly with the appearance of Kasia Pietras climbing a few problems.  It would have been interesting to hear more from a woman about an activity, bouldering, that is generally more male-dominated than climbing as a whole.

So, I liked A Fine Line quite a bit, but you don’t have to just take my word for it.  Here are a few other people’s opinions on the movie.

The film isn’t just about Webb and Voges’ search to find hard boulder problems; the film is about the search itself, and I think therein is the difference.

Hard boulder problems, great theories, motivation, camaraderie, real life as a climber, amazing camera work, and a great story. I recommend you all take a look at the trailer and cop it when it comes out. I watched it twice and honestly would like to watch it again soon. Great work Andrew and Josh. You inspired me.

10 Responses to Review: A Fine Line