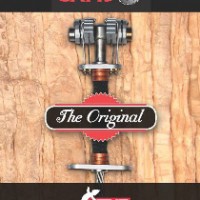 CCH Alien Cams Are Coming Back

I imagine this news might make some of you react like New York Yankee’s radio announcer Suzyn Waldman did when Roger Clemens returned, but please try to restrain yourself.  Yes, after a hiatus that came about due to the unfortunate passing of creator David Wagoneer, the CCH Alien cams are coming back.

The news was first reported on Spanish language website Barrabes (via Google translator):

The guidelines David Wagoneer, inventor of the Aliens, left his widow before she died were clear: the company to continue with making the aliens would have to be of medium size, would have to continue with the name, the same philosophy and he performed precise manufacturing, including machinery and raw materials. Finally, after 1 ½ years of negotiations, Fixe-Faders has obtained the patent, the machinery and all the knowledge transmitted and begins manufacturing.

Fixe-Faders will be rolling out the Blue, Green, Yellow, Gray and Red cams to the international market this September.  No word yet on the cost.

8 Responses to CCH Alien Cams Are Coming Back