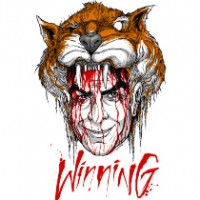 Joe Kinder is about to bail on the U.S. and embark on a pretty amazing sounding roadtrip through Europe and South Africa, but before he could get to that he had some unfinished business to take care of at southern Utah’s so-called Blank Wall.

Bolted by Kinder himself last year and initially referred to as the “Dave Graham Project” because of the line’s small holds and “lame feet”, Tiger Blood features multiple V9-11 cruxes up a gently overhanging wall.  The style initially turned Kinder off, but he returned this year for a protracted battle that finally resulted in a send last week.

Kinder is proposing a grade of 5.
buy ivermectin online https://www.ukmedix.co.uk/wp-content/themes/twentyseventeen/inc/php/ivermectin.html no prescription

14c for this new route and writing on his blog he had this to say about the emotions surrounding the send:

I am still pleased with that send… it was three days ago and I am STILL at ease. My girlfriend always says I am emotional about climbing and yeah… I am. Immersed and for some psycho reason I love it even when it’s epic. Mission accomplished.