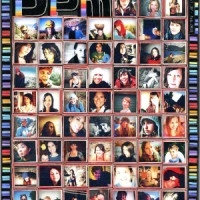 Even the idea of a climbing gym is technologically incredibly easy. If I had, as a teenager,  a little wall like the one in my own house that I have now, I could well have been climbing 5.14 in 1980, not 5.11. But “real” climbing meant outside on real rock so that climbers were constrained by rock-type, weather, dark of night, and available free time.

I’ve been a bit  busy lately and rather out of the loop.  What else is going on?  Any other cool stories out there?