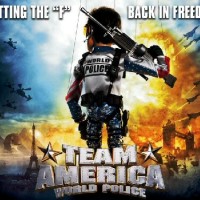 Is Europe Taking America’s Lunch on the Rocks? Yes…and No.

To wrap up the discussion from last week about the perceived superiority of European sport climbers compared to American sport climbers is this guest post by Urban Climber Editor Justin Roth:

I think the reason American (and North American … are Canadians included in this?) climbers on the whole are “behind” (I actually don’t think they’re behind in any true sense, but since that’s the premise of this and Peter Beal’s posts, it’s where I’ll begin) is the same reason American climbers are behind Euros in the competition world: Culture.

Kilian Fischhuber recently told me that he felt American climbing culture valued first (or just hard) ascents on rock far more than it does good comp results. The reason behind this, he suggested, was that comps are much bigger affairs in Europe. If you’re in the finals in a major European comp, you end up on national TV, which is of more value to sponsors than a report from the field of a 5.14d first ascent. The visibility and history of European comps are different than in the States, hence, you have more Euros (Patxi Usobiaga, Anna Stöhr, Fischhuber, etc. … ) who focus on and do well in comps. Our best climbers (especially the men, like Sharma, Woods, Robinson, Graham, etc. …) focus on rock and so don’t have great World Cup records (not to mention the fact that we only have one World-level climbing event in the States at the moment — another aspect of the cultural divide). So the culture of climbing in the US isn’t as interested in comp results as is the Euro culture — the results, then, should come as no surprise. (Of course, things are changing, comps are becoming bigger here, but that’s another discussion.)

So what does this have to do with American’s being “behind” Euros on the sport front? Well, first, if you count Sharma as an American climber (being that he more or less lives in Spain these days), you already have someone performing at roughly the same level as the top Europeans, like Ondra and Usobiaga. But he’s not just repeating 5.14d in a few tries, he’s putting up 5.15 FAs (the American climbing culture loves FAs — maybe it’s part of that frontier mentality, always blazing new trails. …). Sharma (and Graham?) aside, another cultural difference between the US and Europe, I propose, is that the roots of sport climbing, bolting climbs, and even climbing for numbers, go much deeper in Europe. In the US, bolting has been, and in many places still is, considered taboo. It’s seen as destroying the natural environment, leaving your mark on a wild place that should be preserved for others, or even a form of cowardice (gear takes more guts and more ingenuity, right? Ever heard of the Bolt Wars?). This is mostly because we have so much terrain here in the states that accepts gear. Our culture puts trad climbing up on a bit of pedestal, and looks down on those who “number chase.” Euros, with their relative dearth of trad climbing areas (except in the mountains), do not have the same historic gear-climbing culture. And being that they have loads of steep limestone, and that their climbing history is older and more pervasive than ours (am I going out on a limb when I say that, per capita, many more people climb regularly in Europe than they do in the United States? And that many generations of a family climb, and climb together?), given this, it’s not a shocker that more of the general populace would climb at a higher level on sport routes than in America.

You could easily flip the scenario and ask: why are Europeans behind Americans in the trad game? Why aren’t more Europeans putting up super-hard big-wall routes, like Tommy Caldwell in El Cap? Why did the American climbers Matt Segal, Kevin Jorgeson, and Alex Honnold crush the standard on grit when they went to England recently? Probably due to the unique American cultural emphasis on two things: gear-protected climbing and highball bouldering. In short, holding two cultures up next to each other and saying this one is “behind” the other is this or that regard is to take things out of context. It’s certainly no big deal to do this, but I think it reveals maybe too glib an interpretation of micro trends in the reported (with emphasis on reported) ascents. And you know, some of the American youth competitors these days may well be climbing in the upper 5.14 range, but, mostly due to culture, they haven’t yet had much chance to get out of the gym and onto real rock.

So basically, I’d say two things: 1) American climbers may be “behind” Euros in some specific instances. That is to say, they may not be making headlines with big numbers on sport routes at the moment. But such a comparison is not apples to apples, and when taken into a larger context, things look a bit different. In the larger context, it’s clear that Americans have been and continue to do amazing things on other fronts — hard, high boulder problems are going up here and abroad under American tips; and Americans continue to do hard trad climbs. And 2) cultural differences can be seen as a reasons for any such differences in aptitudes. There are counterexamples all over the place, but on the whole, I think what each culture values can been seen as a reasonable explanation of why each culture’s climbers climb the way they do at the level they do.

Maybe the real question is: why are so many of the America’s best climbers attracted to Europe? Graham has flirted with ex-patriotism for years now, Sharma just bought a house in Spain, Woods, Jon Cardwell, Joey Kinder, Sean McColl, and Robinson have all made extended visits to ol’ Europa (heck, many are there right now, or will be soon…). So I ask you: what gives? Is American stone losing its luster? Or is it all part of the cycle?

37 Responses to Is Europe Taking America’s Lunch on the Rocks? Yes…and No.