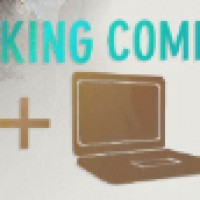 The Reel Rock Film Tour is coming back in the fall of 2009 for a 4th installment that will feature Big Up’s latest film Progression as well as First Ascent, a series from Sender Films and National Geographic I reported on earlier in the week.  The 2009 RRFT website is now live with the promise of a trailer and additional information coming in the near future.

In conjuction with the new website the Reel Rock Film Tour is also launching the 2009 edition of the Reel Rock Filmmaking Competition.  The main gist of the contest is that filmmakers can submit videos in one of two categories, Humor/Spoof or Action/Adventure, and the winners get to have their videos seen by thousands on the Reel Rock Tour.  Last year’s contest had some bright spots, most notably Spencer Victory’s winning entry from the Red River Gorge, but the overall quality was lacking in my opinion.  Hopefully the entries for 2009 will build on what took place last year, and we will get to see some funny and exciting videos.

Here is the official press release:

The 2009 REEL ROCK Film Tour (www.reelrocktour.com), presented by Sender Films and Big UP Productions is now accepting submissions for the 2009 REEL ROCK FILMMAKING COMPETITION.  If you have a camera, computer, and a fresh idea, one of the short REEL ROCK ‘09 films could be yours!

Building on the popularity of the 2008 filmmaking competition — in which tens of thousands of people voted for their favorite Humor/Spoof and Action/Adventure films — the 2009 competition has expanded with new rules and new prizes.

Winning filmmakers will receive $500 in cash and rake in grand prize packages from title sponsors Windstopper and The North Face, gear sponsors Petzl Equipment and Sterling Ropes, and media sponsors Climbing Magazine and Urban Climber. The winning films, one from each genre category — as chosen by voters online and REEL ROCK judges — will be featured on the 2009 REEL ROCK Film Tour in over 100 locations worldwide.

For more information and to enter visit http://www.reelrocktour.com
Get those creative juices flowing, fire up the camcorders and laptops, and hit us with your best shot!