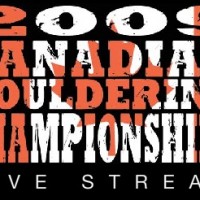 2009 Canadian Bouldering Championships To Stream Live On The Internet

This weekend, May 16th and 17th, the 2009 Canadian Bouldering Championships will be taking place in Montreal, Quebec Canada.  This comp, which serves as the finale of Canada’s Tour de Bloc bouldering series, is set to be broacast live on the internet at Dr. Topo’s website.  Dr. Topo did a similar broadcast for last year’s Youth Continental Championships that were also held in Montreal.

Four cameras will cover the action at Saturday’s CBC qualifiers, and four additional cameras will be added for Sunday’s finals.  This is particularly impressive when significant comps in the U.S., such as this year’s ABS Nationals, recieved no live coverage.  To the best of my knowledge, no comps in the States have ever received live coverage.

The live feed of the CBC begs the question:  where is the live coverage of climbing competitions in the U.S.? .  On the eve of the Mammut Bouldering Championships, which begins at the end of May with the  Gravity Brawl in New Jersey, and the World Cup, which will be held in Vail, CO this June at the Teva Mountain Games, it certainly seems that live streaming could greatly increase exposure for climbers and sponsors alike.

Obviously there are  reasons for the lack of live coverage in the States; likely cost, sponsorship, and manpower are significant limiting factors.
buy symbicort online https://rxxbuynoprescriptiononline.net/dir/symbicort.html no prescription

From the viewer’s standpoint, however, many of the negatives of comp spectating could be avoided with live streaming.  Gone would be the days of costly travel and overcrowded gyms.
buy xenical online https://rxxbuynoprescriptiononline.net/dir/xenical.html no prescription

Though viewers would likely have to exhibit some patience waiting to see their favorite climber, at least it could be done from their own homes.

So, I ask you, do you have any interest in viewing climbing competitons broadcast on the internet?  Register your thoughts in the poll and/or the comments area of this post.