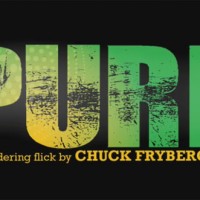 Chuck Fryberger has a new bouldering film coming out.  His latest work is called Pure, and frankly it looks like it could be pretty cool.  It features climbers American audiences don’t get to see a lot of like Nalle Hukkataival, Fred Nicole and Kilian Fischhuber along with rising American star Kevin Jorgeson.  Despite some earlier bad blood inducing posts, I’m more than ready to give it a fair shake.

Below is the trailer for Pure that I nabbed off of the official Pure website.  You can download a much higher quality version there as well as a version formatted for your iPod.  The footage looks really cool, although I really hope that the voice over in the trailer is not part of the movie!