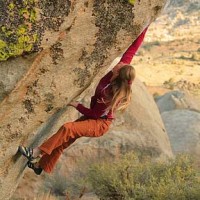 Thanks to James for compiling this massive list of updates. In this update you will find a lot of news on Dai Koyamada’s exploints in the Frankenjura. Also news from Daniel Woods, Jon Cardwell, Chris Sharma, Dave Graham, Lisa Rands and Paxti Usobiaga among others. This has taken me longer than anticipated so some of this is quite old news. However, catching up on bouldering: Lisa Rands on The Mandala in 2007 – Photo Bishop Bouldering Blog This post was originally only going to be a bouldering update, but so much other news.