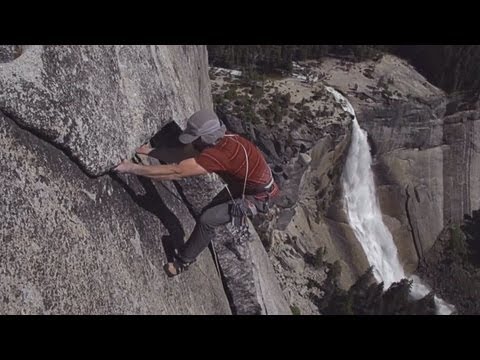 Since I’ve only been posting bad news out of Yosemite, it seems like now would be a good time to post about something good like this new free route on Liberty Cap established by Lucho River and Cedar Wright:

Lucho Rivera and Cedar Wright have completed the first all-free ascent of the southwest face of Liberty Cap above Yosemite Valley. The two men redpointed the 16-pitch route, tentatively called Mahtah (the Native American name for Liberty Cap), on May 31, with Wright leading the majority of the crux pitches and Rivera following free.