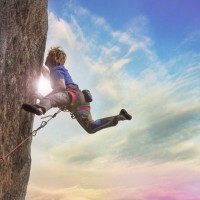 New 5.15 From Chris Sharma In Spain

It’s a bit hard to believe, but it’s been almost two years since Chris Sharma climbed La Dura Dura, that 5.15c in Spain first climbed by Adam Ondra.  In the interim Sharma has been focusing his efforts elsewhere, but now…he’s back with a new 5.15 called El Bon Combat.

The scene of the crime is once again in Spain, but because this is Spain this new route is not at Siurana or Santa Linya or Margalef or Oliana.
buy furosemide online https://myhst.com/wp-content/themes/twentytwentythree/assets/fonts/inter/furosemide.html no prescription

No, Sharma’s new route is at an area less than an hour from Barcelona called Cova de Ocell.  On Instagram he suggests the route to be roughly 5.15b/c, which incidentally is the hardest FA he has ever completed.
buy levaquin online https://myhst.com/wp-content/themes/twentytwentythree/assets/fonts/inter/levaquin.html no prescription

This is also somewhere around the 7th 5.15b or harder he has established in Spain.
buy clomid online https://myhst.com/wp-content/themes/twentytwentythree/assets/fonts/inter/clomid.html no prescription

Today I climbed the first ascent of El Bon Combat 9b/+ 📷@giancolafoto Two years ago after climbing La Dura Dura It was time to mix it up. Years of single pointed focus on pushing the limits of sport climbing had taken a bit of a toll. It was time to get back to the roots of climbing, travelling, having fun, being spontaneous and opening up to new inspiration. It's interesting though, we always gravitate back to who we are. What's the next step, where do we go from here? Well if we are open to it, life has a way of guiding us along. My friend @marti_boncombat had a project that I'd heard about at Cova de Ocell 40 min from Barcelona and when I checked it out I was drawn back to and reminded of what my life has been about for so long; the lines that grab our imagination and inspire us to take our game up a notch , The King Lines . Something created by Mother Nature as if it were designed to be climbed, perfect shapes, just barely enough to find a path up, something worthy of dedicating yourself to 200%. Since June I've tried this line and it's reawakened my passion for straight up, at your limit, hard climbing. After many Close calls and a ton of effort it finally came together today. So psyched to be back in the flow and very excited for more. Mucho agradecimiento a @marti_boncombat para la visión de equipar ese vía tan perfecta, a @marc.lemenestrel por compartir ratos tan bonitos juntos hablando de la vida al pie de vía, a @giancolafoto por grabar y asegurarme todos los días de ese viaje largó , y por su puesto a mi chica preciosa @alarconjimena por ser un apollo increíble en mi vida te amo ❤️❤️❤️! And of course thanks to all the support from everyone who has been following and sending me good vibes and messages! 😄 Stay tuned for the video soon! Tambien tengo muchas ganas de compartir pronto un nuevo proyecto que tengo aqui en Barcelona. Va a ser de otro nivel! @prana @redbull @evolvusa @sterlingrope @petzl_official @walltopia @climbskinspain @clifbarcompany @metoliusclimbing @sanukfootwear

@evolvusa just released my latest shoe, the Luchador. They've been getting the job done nicely (and hopefully will soon se me through to the first ascent) on this amazing project bolted by @marti_boncombat at Cova De Ocell near Barcelona. Awesome photo by @giancolafoto @redbull @prana @sterlingrope @walltopia @climbskinspain @petzl_official @metoliusclimbing @alarconjimena @javieralarcon9 good times ahead!!!

📷@giancolafoto Bit by bit I've been widdling away on this epic line bolted a while back my @marti_boncombat . I've had some breakthroughs over the last few freezing days. It's so satisfying to progress on a line that previously felt out of my league. Time to hone in, focus and bear down. The harder they come, the harder they fall! Thanks for the support @marc.lemenestrel y mi amor @alarconjimena te amo❤️❤️❤️! @prana @evolvusa @redbull @walltopia @sterlingrope @clifbarcompany @climbskinspain @petzl_official @sanukfootwear @metoliusclimbing

Great day back on the proj and so happy to have my boy @joe.kinder here finally. Looking forward to the good times ahead @alarconjimena @ltjian @giancolafoto @isabelcferrer

📷@giancolafoto So good to be immersed and feeling fit on this amazing project at Cova De Ocell. I had a big break through today and I'm beginning to feel that this thing may be within my reach. The process of working a route at your limit can have a lot of ups and downs, I find it key to always look for bits of progress every time I go climbing (no matter how small) to stay motivated. It's a constant learning process and you have to take your beatings both physically and mentally. Will be great when this thing comes together! Gracias @marti_boncombat @marc.lemenestrel @giancolafoto para la buena compania! @prana @sanukfootwear @evolvusa @redbull @petzl_official @walltopia @sterlingrope @climbskin

11 Responses to New 5.15 From Chris Sharma In Spain