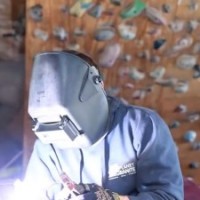 Before we get to the videos, a quick word on one that may or may not have made the list1.  Last week I sat down for an interview with Alex Johnson and Paul Robinson that was filmed and broadcast live on Youtube by Louder Than 11.  Given that this was an experiment in more ways than one the interview went well, and the response to it has been very positive.

From a personal perspective though this project was a real challenge for me.  Those who know me know that speaking, especially in any sort of public setting, is not a real strong suit of mine2.  In general, I avoid engaging in all manner of public speaking of any kind if I can help it.

One of the things I could have never imagined when I started this site some 6.5 years ago was how much it would make me grow on a personal level.  First with assisting on and then leading the commentary during live broadcasts of ABS Nationals and SCS Nationals respectively and now with this new live interview show3, I’ve been pushed to do things that I would never have done on my own.  Things that have proven to be extremely rewarding.

None of this would have been possible without the support of Mrs. Narc and LT11’s Jordan Shipman insisting that I could do these things with some modicum of success, but it also wouldn’t have been possible without the support of everyone who has visited this site over the years.  Last month was the most successful month in terms of traffic in the site’s history, and the 10,000,000th pageview in the site’s history was served last month as well4.  I’ve also been fortunate enough to meet many people through my association with this site, especially in the months since I moved to Boulder5, and those interactions have been almost universally positive.

So thanks to each and every one of you who has visited and supported me and this site over the years.  Knowing there are people out there enjoying whatever it is that I do here is what really fuels me to continue doing this.

Alright, on with the videos…