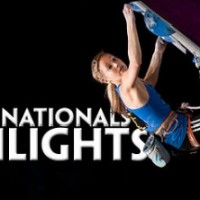 The LT11-produced highlight reel from last weekend’s SCS Nationals has provoked good discussion here and on other outlets that I think is worth addressing. On a certain level I agree with a lot of the critiques offered where people feel that they aren’t getting a good sense for what actually happened at the comp.
buy levaquin online https://meadfamilydental.com/wp-content/themes/twentyseventeen/assets/css/css/levaquin.html no prescription

However, when you watch a show like SportsCenter they don’t show the entire 4th quarter or all of the 9th inning when they are highlighting what happened in a sporting event. They show the exciting moments that defined the event. That’s why they’re called highlights.

The crux of the issue though is how to best represent climbing in a condensed format that still makes sense. Climbing is not like other sports. With some exceptions there are no home runs. Showing brief snippets of each climber makes it hard to get a sense for what happened, but showing entire attempts, especially in a lead comp, is pushing the envelope for what most people would sit through. I do think there is a middle ground though, even within the confines of a tightly edited highlight package.
buy flexeril online https://meadfamilydental.com/wp-content/themes/twentyseventeen/assets/css/css/flexeril.html no prescription

Showing an extended run on the climb by even one climber from each sex would go a long way, but even this creates a problem with how to keep the pace of a clip from dragging.

Perhaps this situation is one of the better arguments for why a live feed of the comps is so important. Live broadcasts give people the choice to sit and watch as much or as little of the event as they want as it happens. Then, after the fact, the highlight reel can be just that: a highlight reel. The problem with there being no broadcast is that climbing fans—people who are really interested in seeing each and every move—are not being well served at all. They see none of the action as it happens, and the highlight reels can really only offer just that: brief snippets of the action.
buy doxycycline online https://meadfamilydental.com/wp-content/themes/twentyseventeen/assets/css/css/doxycycline.html no prescription

Fortunately, the internet is a big place and the fact that there was a well-produced LT11 highlight package didn’t preclude rival film crews from posting footage from the comp. Just check out this video Carlo Traversi took of Sasha DiGiulian cruising her way to victory. It’s probably asking too much, but having a highlight reel and long form clips like this for every climber would be pretty sweet…