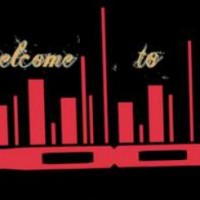 Review: Welcome To The Hood

Welcome to the Hood1 is the second offering, after the well-received The Schengen Files,  from Paul Robinson and Alex Kahn’s PRAK Media.  WTTH follows Robinson, Daniel Woods, Guntram Jörg and Anthony Gullsten to various European hotspots. And much like The Schengen Files, WTTH was more or less filmed, edited and packaged for sale by the climbers themselves.  Since climbing movie reviews are notoriously difficult to write, I will try to keep this pretty simple.

WTTH is not a climbing movie with a story nor is it a movie with a varied soundtrack.  While the movie is ostensibly framed around a motif of the four climbers climbing in their “hood”, this is done so very loosely.  Since I believe it is important to know what to expect when sitting down to watch a climbing movie, know that, though the footage is well-done and the climbs are hard, this movie likely will not be thrilling to the casual climbing audiences in the way other movies may be.

How long is it?

When is it released?

Where you can get it and for how much?

11 Responses to Review: Welcome To The Hood