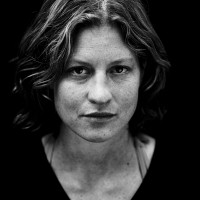 On October 3rd, New Zealand’s Mayan Smith-Gobat became the second woman, after Steph Davis in 2005, to free the iconic Salathé Wall (5.13b) on Yosemite’s El Capitan.  PCI‘s Connor Griffith caught up with Smith-Gobat to learn more about the ascent which they were kind enough to share with us here:

First of all, I’ll extend a big “congratulations” to you on behalf of us here at PCI. We must know, what were your initial reactions to completing such a classic route (not to mention on your birthday?!)?

Thanks… At first I felt a massive sense of elation and release of tension. Even though I had been really enjoying the process of climbing this route, there was a fair bit of tension built up within me… It was exactly a year since I had been rained off my first attempt on the Salathe, and once again the weather was looking threatening, with more clouds building every afternoon. Also, the headwall is so long and sustained, with the crux right at the very top, that even though every jam felt super solid on the morning that I sent, I knew that there was still a very real possibility of falling on the very last move…So, there was also a total sense of relief.

Then, while I was hanging out on long ledge, just above the headwall, after sending a feeling of total emptiness began to set in. This route has been a massive part of my life for the last year and I felt almost lost without this focus – a little like losing a close friend or teacher who had been ruling my life and taking up most of my energy, especially for the last month in the Valley. However, I could not have had a better birthday present!!! Totally awesome!

Most climbers regard Yosemite as a must-visit climbing destination, and many have done just that. But not many end up living there for months at a time. Can you give any insight into what that life is like? Did your lifestyle factor into your send?

Yosemite has always been a place I knew I would need to spend some time at some point in my climbing career, however I did not know that it was to become almost a second home to me. While traveling, wherever I go, I tend to spend a lot of time at individual crags. I like getting to truly know an area, become fully proficient at the specific climbing style and feel more acquainted with the local scene, rather than just passing through. So, I guess I have done the same with Yosemite, I wanted to really learn to climb cracks and become comfortable on these granite walls. My lifestyle here is simple and dedicated. While working on the headwall I would get up every second morning at 3am to hike up to the top of the Captain and spend several hours mini-tractioning on the headwall, building up my fitness and learning how to climb a steep, flaring crack. I feel like I made my lifestyle fit around sending this route, it was really all that mattered to me for the last while!

Was their any historical significance that came into your choice to work the Salathé? Or did it just look really rad?

There was a little historical significance in my choice, I was attracted by the fact that there had not been many free ascents of the Salathe. However, the real reason I chose it was because the Headwall just looked really rad… I knew I could climb the rest of the route, and really wanted to try to climb that amazing looking crack. Also, because of it being right at the top of the route I knew that I could work on it easily on my own. It is the most incredible pitch of climbing, in a stunning location – Super rad!

Although this isn’t your ‘hardest’ ascent based on overall grade, where does it rank in terms of your list of proudest sends?

Right up there! I think it is my proudest send and, even though I have spent more time working other sport routes, this is probably the route I have put the most energy into.

Have you had much experience with traditional climbing in the past? It’s obvious that you’re psyched on hard sport climbing; how did you find yourself working a traditional route?

I had some trad climbing experience before coming to the Valley for the first time a couple years ago, but no experience with true crack climbing. Trad climbing and free climbing big walls have always been something I have been psyched to do… I guess I was just waiting for the right time in my life to come along, and after my first experience on El Capitan, I became obsessed with that massive piece of granite – I simply love being up there!

It seems that hard sends of trad routes simply do not receive as much media attention these days as other forms of climbing. Do you hope your accomplishment will influence more climbers to project difficult traditional climbs?

It does seem that trad routes get less attention, however I seem to have received more media attention after my ascent of the Salathe, that from any other achievement… Yes, I do hope that I can inspire others to get out there and experience the beauty of these places, expand their boundaries and challenge themselves.

Expanding on the previous question, do you hope to inspire more female climbers to go for it on trad routes?

Yes, I hope I can be an inspiration to other females, and show that there is no reason for there to be so few girls out there on those big walls.

Any wisdom for the climbers reading this who are too psyched to read any longer?

I guess those people probably will not be reading this anyway… I am often one of those people who just look at the photos and skip the reading – Be psyched – The time is now!

← Schubert, Ernst Win 2011 Lead Climbing World Cup In Boulder
The Not Worth It Boulders →