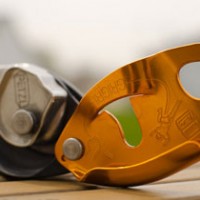 For the past couple of months I’ve been trying out the new GriGri 2 which Petzl was kind enough to send me, putting it through its paces both at the gym and at the crag.  While one could go on it great detail about the device the bottom line is this:  if you currently own the original GriGri you’ll love the GriGri 2 and if you’ve never owned a GriGri…what are you waiting for??  Not convinced?  Read on for a few thoughts on the device.

There are three main areas of difference between the original GriGri and the GriGri 2:  rope diameter compatibility, reduced size and weight, and a new “progressive descent control system”.

The GriGri 2 is compatible with ropes anywhere in the 8.9mm to 11mm range which is a welcome, and in some sense overdue, change.  In practice I found that ropes of most sizes fed very fluidly through the device and handling was greatly improved.  Combined with the lighter weight and smaller footprint, I found it much easier to use Petzl’s new (from 2008) recommended lead belay technique.  For me this is one of the biggest selling points of the GriGri 2 as I found implementing this technique with my old GriGri to be difficult at best.  The only drawback to the GriGri 2’s reduced size is that the release handle is somewhat uncomfortable in that it’s both smaller and sharper around the edges than the original GriGri which takes some getting used to.

The third main difference, the “progressive descent control system”, was somewhat less clear of an improvement.  In theory it’s supposed to offer a smoother lower, but in practice I can’t say I noticed much difference between either version of the GriGri.  They both are good but not great.  Apparently this system should help prevent people from pulling open the release handle and losing control of the lower which makes sense, it’s just not something I noticed when using the device.

Despite a couple of minor drawbacks, the fact that the GriGri 2 is much lighter, works with the size ropes most people are using and feeds out slack better make it a clear winner to me.  Time will tell how well it does durability-wise, but for now it’s hard not to recommend it.

The big question for many is whether or not it’s worth it to spend the $95 to upgrade from their original GriGri to the GriGri 2.  I think that if you do a lot of climbing on ropes under 10mm or you can’t stand to not have the latest gadget then by all means go for it.  If you mainly climb on fat ropes in the gym then you’re probably not going to notice that much of a difference, so I’d just wait until your original GriGri wears out.

While they were hard to come by shortly after launch it looks like most retailers have the GriGri 2 in stock, including REI.  What better way to spend your dividend??

Here’s a video Petzl put together with some of their sponsored athletes showing off with the GriGri 2 and talking about how they use it. 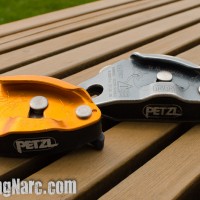 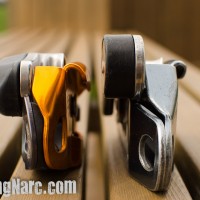 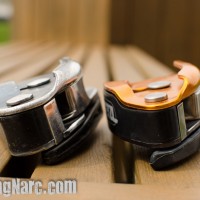 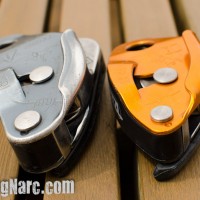 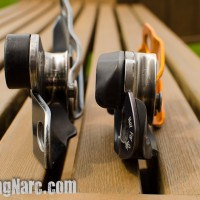 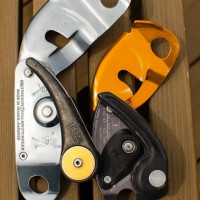 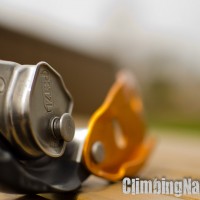 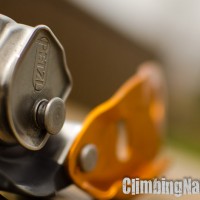 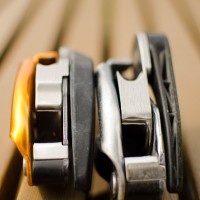 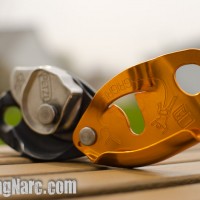 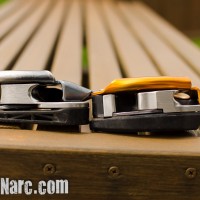 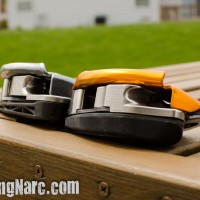 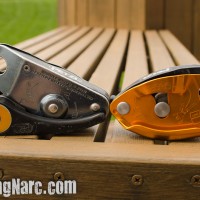 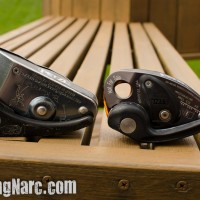 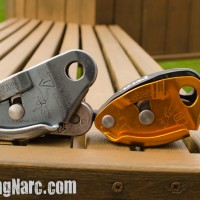 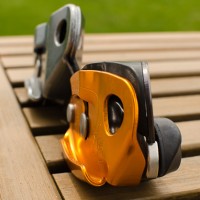 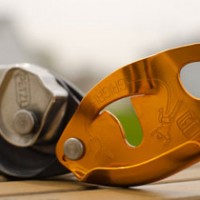 Leave a Reply to Angus and Vivian Click here to cancel reply.